Whitney, Nebraska...
...was established in 1885 and was originally known as Earth Lodge.  Within a year of so, the name of the village and its location were changed.  Despite this rather tenuous start, Whitney was to experience some boom years -- followed by very hard times.

To help tell the Whitney story, we have collected items from the Dawes County News, the Chadron Journal, The Mustang and Shunga school papers, and other publications that have given ink to the village of Whitney.  You'll be able to access stories in our Archives.  We also have developed a section about Businesses.  Or perhaps you'd like to peek at some of the display advertisements from the old newspapers.

The most comprehensive collection of historical materials about this little village is contained in Still Alive and Well - Whitney, Nebraska, a book authored by Mabel Kendrick.  She and her Burkitt ancestors were among the most prominent citizens of the community, and they've left a formidable legacy for those of us interested in the community.

We have a collection of poems, essays, and other items that relate to the people and events of Whitney and will be making them available on this site.

Below is an image of our "Bit of History..." page from our legacy Whitney Reflections site.  The links here are not operable, but we're moving forward to incorporate all of the information contained on the original web site! 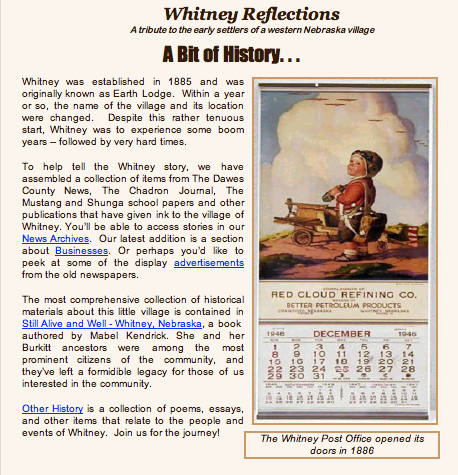 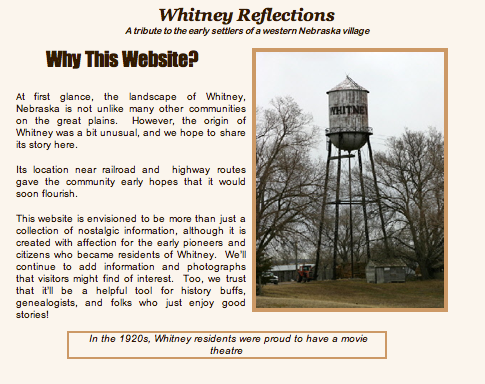 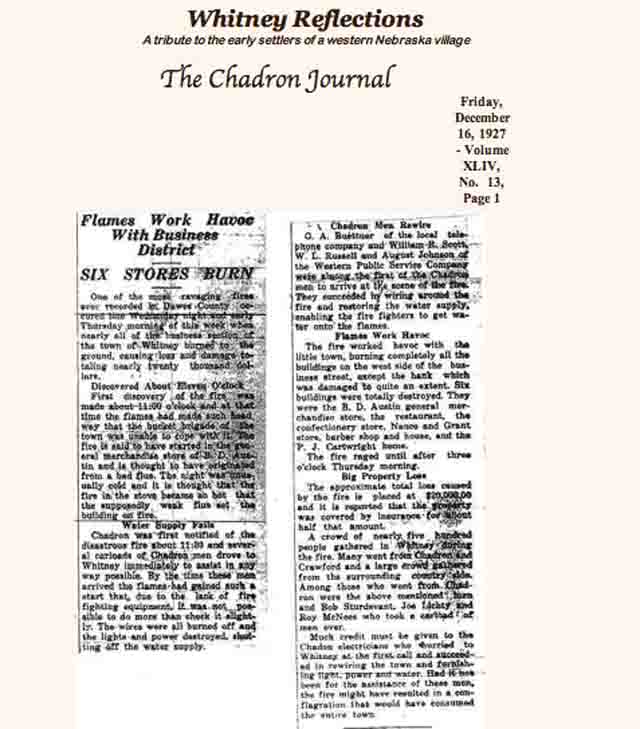